To Create valid Chinese Resident ID including name, address and photo of the individual, finally generate Obverse and Reverse side image Easily and quickly.

What is Chinese Id Card Number or Resident Identity Card?

The identity card contains basic information regarding the individual, such as the following: 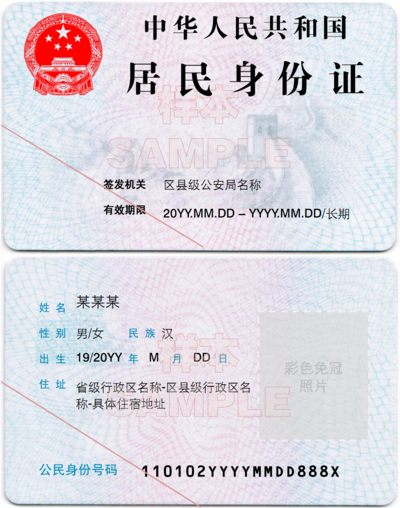 Sample of a second generation card, showing the personal information displayed on both sides.